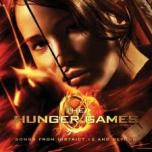 Let's start with this: The Hunger Games "grossed a truly staggering $19.7 million from midnight showings across the country — the highest midnight total ever for a non-sequel, and the seventh highest midnight total ever (behind three Harry Potters and three Twilights)."  Yes, those who have read the books and those who have heard about the stories were definitely hungry for The Hunger Games.  And I was at one of those theaters.

And even the critics liked it.