Believe There is Good in the World

L'Shanah Tovah. This is the traditional New Year's greeting on Rosh Hashanah. This is not at all like the New Year's celebrations that mark the transition from December 31 to January 1. Yes, there is introspection, but on a much deeper and profound level. But the purpose of this post is not to talk about the Jewish New Year compared to any other New Year, or the Jewish holidays. Still, of the holidays, this one is a fascinating gateway.

Any familiar with Chicago neighborhoods know that Skokie was for years a predominantly Jewish enclave. As is the case with so many neighborhoods, demographics changed. The Muslim community outgrew its own school and needed a second one.

Potential drama? Absolutely. Risk of rejection, even violence? In the times of these particular troubles? No doubt. But that's not what happened. And this is what else I "heard" as I read this story. First, the students and teachers at the school greeted their guests with the words Salaam aleikum, which means "Greetings of peace and peace be upon you."

I also learned about tikkum olam, a phrase that means "repairing the world" or "healing the world." It isn't, of course, that simple. As I started reading about it, recognizing the way rabbinical commentaries work, I realized I could spend hours tracking down the phrase. But most seem to agree that it carries a message of social justice and action. Of being able to ask, "What have I done today to repair the world?" 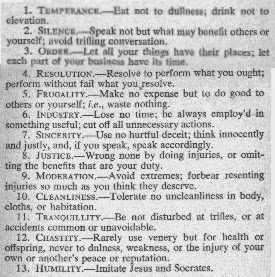 This reminded me of the Autobiography of Benjamin Franklin. In Chapter IX, Franklin articulates his "Plan for Attaining Moral Perfection." Not a bad goal, that, and most of what prescribes himself could be attainable if we didn't insist on having our personal and political agendas, if we really did want to try to abide by the Golden Rule. But we are selfish creatures, so we struggle with being consistently thoughtful of others. Yes, Franklin struggled in his habitude of his virtues, and with good reason. Even so, as I thought about Franklin and I considered tikkum olam, I remembered that Franklin also wrote he would ask two questions of himself each day. In the morning he would ask, "What good shall I do today?" and at the end of the day, as part of his self-reflection, he would ask, "What good have I done today?".

And the thinking isn't for a whole year, but just one day at a time. Which is all we can really hope to try to manage. Even if this is not your New Year, there's no reason you can't start thinking in terms of the good you can bring to the world. Oh, I know it's naive to think that simply asking people to truly strive to be kind and do righteous deeds is going to change the world. I know that the word "righteous" means different things to different people of different faiths, and that's partially because we're so busy insisting on our own religious agendas, and I'm a bit suspicious of many of them being linked to any actual theology ascribed by one's faith rather than some hodge podge of selected verses that satisfy someone's need for superiority. 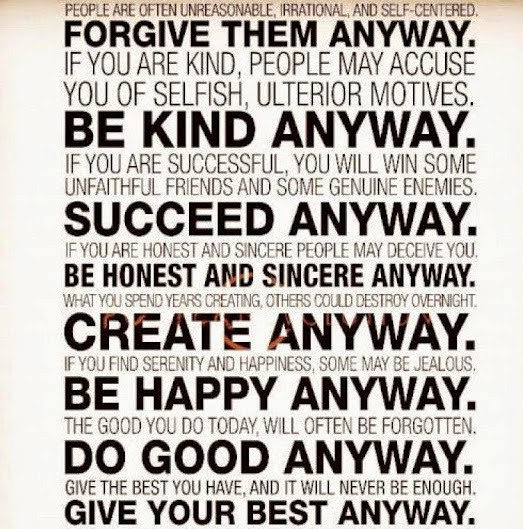 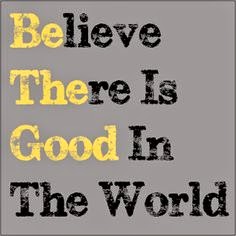