2.5 million children homeless. In America. Shame on us.

There is no single nor easy answer to homelessness. Last night I watched the news and learned that 2.5 million children are homeless in America. That's about 1 in 30 children. If you have a child who is in school and in a classroom of at least 30 kids, just imagine that one of those kids could be homeless. Homeless.

Because of the American Institutes for Research America's Youngest Outcasts: A Report Card on Child Homelessness, we know where most of the homeless children live and, to a certain extent, why they're there.

I've long thought athletes are overpaid. I like to watch sports. I love football and truly enjoy collegiate basketball. I like to watch baseball. I know that sports makes a lot of money for a lot of people and those people wouldn't make a lot of money if millions of people like me didn't watch sports and weren't willing to cough up ridiculous amounts of money to attend a game in person. Even so, athletes are overpaid. They've chosen to play a game for their careers so they have to know going in that their careers will last as long as their bodies permit.

What does that have to do with homelessness? Nothing, except in the very same news cycle in which it was reported that a shameful 2.5 million children are homeless in America, we learned that Giancarlo Stanton has inked a deal for $325 million over 13 years. That's $154,321 per game. I wonder how much playing time the average player actually gets during an average game because I think we'd be even more horrified by how much he gets paid for this time on the field. Sure, he's got practice and whatever else he does to get back in shape before spring training. Sure, baseball is a really long season but he pays for practically nothing during the season because all of his travel expenses (planes, buses, hotels, meals) are paid for by the team. Playing gear is paid for by the team. I pretty certain players have to buy his own underwear unless they have a deal with a manufacturer. So not only can athletes get paid absurd amounts of money but they can make even more money through promotional deals. Yea, yea I know they have shorter careers but, again, they know that going in. Playing a sport puts a lot of wear and tear on a player's body. Sure a lot of players go bankrupt but that's on them for hiring terrible business managers or thinking the money will never end. Plenty of non-athletes go bankrupt for the same bad decision-making.

I just find it hard to reconcile that we have 2.5 million children homeless in America and that we are willing to support in a wide range of ways the extravagant salaries of athletes.

Just another stark example of how we seem to value escapist entertain more than we value the well-being of our children, of our fellow citizens. I'm guilty of it, too.

There are many ways to help the homeless--and not just at the holidays because they are homeless year-round. 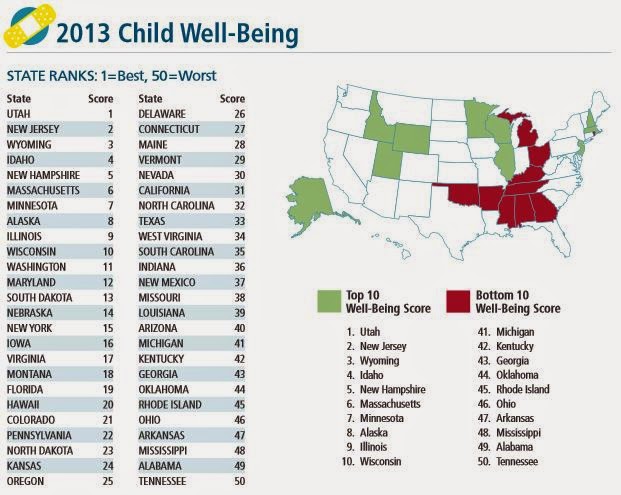 Whether your state is first or worst in whatever category, don't "blame" child homelessness on anything. Kids could be homeless for all kinds of reasons, including parental ineptitude. But that's not the kid's fault.

Every one of us can help in large and small ways. We don't need to humble brag about the good we might do in the world. We just need to do it. As often as we can.