Writing for one's self, and the world 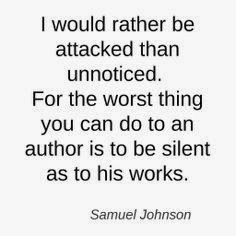 Back in the day, writing teachers spent time talking about rhetorical patterns. Confused but well-meaning teachers addressed often confused or lazy students who believed that only one form of writing could exist in, for example, a cause and effect paper. That there was little or no room for description or persuasion or definition. Then teachers abandoned rhetorical patterns and, in my opinion, rightly so. I thought they were limiting and misleading.

English and writing teachers also talked about literary criticism. Literary theory became a big thing and graduate students sweated over theorists such as Derrida, Foucault, Bahktin, Bloom, and Chomsky. Students stepped boldly into schools of literary theory, advocating for structuralism or poststructuralism or new historicism or deconstruction or new criticism or something else. Some of us threw up our hands in disgust or boredom with a "Fie on elitist, narrow, and reductionist thinking" and retreated to thinking about the work in context and yes, authorial intent. Reading as they might want to be read. Or maybe that was just me.

And yet, the truth is that we each bring to any text our own experiences, perceptions, biases, and other untagged baggage.

In his opening paragraphs of "The Death of the Author," Barthes wrote a series of questions related to the meaning and intent of a single sentence:


It will always be impossible to know, for the good reason that all writing is itself this special voice, consisting of several indiscernible voices, and that literature is precisely the invention of this voice, to which we cannot assign a specific origin: literature is that neuter, that composite, that oblique into which every subject escapes, the trap where all identity is lost, beginning with the very identity of the body that writes (p. 2).

Towards the end of this piece Barthes wrote


. . . a text consists of multiple writings, issuing from several cultures and entering into dialogue with each other, into parody, into contestation; but there is one place where this multiplicity is collected, united, and this place is not the author, as we have hitherto said it was, but the reader: . .  (p. 6).

Quite recently an author reflected on the "ownership" of one's text, which could serve as a warning to any writer who believes he has the full and total control over what happens to a manuscript he thinks he wants published. Yes, any writer has full and total control over her manuscript. . .until she hands it over to the publisher and its editorial and marketing teams. In his reflection, Dikkon Eberhart shares a story of his poet father, Richard Eberhart, who listened while a professor explicated one of Eberhart's poems, and then dismissed Eberhart's observations about the genesis of the work.

Robert Frost is a better example of what can happen not only with a writer's works but a writer's life. In "Extracting the Woodchuck," (Harvard Magazine, Jan-Feb 2014), we are told of a biography that influenced a short story by Joyce Carol Oates and how those works tipped at the legend that is Robert Frost. Frost's letters, his critics and his friends, and his poems shine a textured light on the man who was the artist, and we are reminded that the artist and his works are greater than the sum of their collective parts.


Frost did not like the idea of being stuck, as he necessarily would be, with attitudes expressed in two hours of conversation. As an aggravation of this, he knew that no transcript taken from the tape could catch the subtleties of voice which give life and point to many of his statements.

Frost was also well aware how people interpreted his work, and, based on other interviews and some of his personal writings, many read what they wanted to read into those works even if it had nothing to do with what prompted Frost to write the poem in the first place.

And that is, of course, the truth of the matter. No matter what we do, no matter how carefully we try to craft our words, people will read what they want--perhaps what they need.

As Dikkon Eberhart observes, much as Barthes noted, what happens with and to a text is out of the control of the author once it has left the safety of the author's control. As soon as it out in the world, it belongs to the world and the world will do with it as it sees fit. To me, that is the one of gorgeously powerful beauties of story and language.