The Third Place, Mall Space, and Other Not-So-Random Thoughts 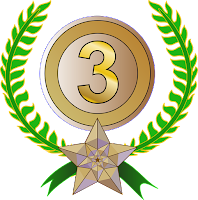 Recently Starbucks (Apr 2018) has been in the news for wrong reasons but also some more positive reasons as the CEO Kevin Johnson asserted Starbucks has long wanted to be "the best third place in our lives." I confess that phrase was new to me. Set that aside for a moment.

Over the weekend much has been made of the closing of Carson's because of the inability of Bon Ton to do whatever it needs to do to keep the stores opening. That has led to hand-wringing over the impact on other retailers which means ancillary impact on shopping malls. Hold that thought, too.

Then I heard and read about warehouses. Warehouse demand outpacing supply. Shortage of warehouse space driving construction. Lots of warehouse projects in the works. Then as I was rambling through the news, I saw some articles about solar farms. Hold that thought as well.

I realize a lot of this news is highly localized, but based on my reading, I'm guessing the Chicagoland area is not the only one with a similar confluence of challenges.

Now, back to the third place. Ray Oldenburg was an urban sociologist who seems to be the one who popularized the idea of the third place. In the early 1990s he noted the need for third places, especially as suburbia became a thing.


Most needed are those 'third places' which lend a public balance to the increased privatization of home life. Third places are nothing more than informal public gathering places. The phrase 'third places' derives from considering our homes to be the 'first' places in our lives, and our work places the 'second.'

The character of a third place is determined most of all by its regular clientele and is marked by a playful mood, which contrasts with people's more serious involvement in other spheres. Though a radically different kind of setting for a home, the third place is remarkably similar to a good home in the psychological comfort and support that it extends...They are the heart of a community's social vitality, the grassroots of democracy, but sadly, they constitute a diminishing aspect of the American social landscape.

For a time, America's malls were the third place for many communities. But then malls started to decline or changed in character, and Americans looked for other places to be that third place.  It became even more evident in 2008 when Starbucks made it clear it wanted to be a community third place.

So this idea of a third place is a powerful one. But I started to wonder why all these folks looking for warehouse space of different type and sizes didn't look at emptying malls. And then I started to wonder why people wanting to build solar farms didn't look at the roofs of emptying malls. And then I started to wonder if there might be a way for malls to be repurposed as storage/warehouse space for some organizations and if their roofs couldn't be converted or used as small solar farms--though I've no idea of the cost involved to build a solar farm or how big it needs to be to matter.

Then I also started to wonder why those emptying malls couldn't become different kinds of third places. Maybe community K-12 schools, along with business, university and/or community college, and public library partners, develop really amazing makerspaces for kids AND adults. Maybe even training locations for adult learners who want to develop or work on literacy skills, computing and coding skills, or other skills that are becoming increasingly necessary.

Or maybe some of that roof becomes a rooftop garden that also supports a community college or park program in horticulture, agriculture, and more.

Then I wondered if some of those warehouse projects could be targeted. I've no doubt that places like Amazon keeps track of the predominant kinds of stuff shipped to specific areas so geographically popular items could be stored in those warehouse for more immediate access and delivery. Or even for pickup.

I'm not an urban or suburban planner so I don't know the limitations and I'm sure there are a zillion reasons why some of these ideas won't work. But that's really no excuse not to consider "out of the box" possibilities that focus on the current and future needs communities for services, jobs, and education; for rethinking mall spaces and third places.
No comments: