Literature and Spirituality: The Journey Continues

The original list of books and readings for this course, Literature and Spirituality, was daunting to me because there were authors with whom I am unfamiliar. But before I got too far into the literature options, I wanted to get a handle on this word “spirituality” and what it might mean to me and to others. As I was thinking about this word and researching it, I also realized I don’t want to tell my students what “spirituality” means because they should come to that on their own. However, I know I want to give them a baseline so we’re all working from a single definition at the start. I also want to give them enough resources—and not all strictly academic—so they can explore for themselves if they are so inclined, and I really, really, really hope they are so inclined.

Of course, I’ve added to that stack of books as I’ve considered what might make stronger connections with today’s students. A lot has changed since 2013, which probably isn’t the last time the course was time but is the last version of a syllabus to which I have access.

I should preface this by saying I had already been thinking a lot about why we should think about literature and spirituality, and recognizing that spirituality is not at all limited to Christianity. I also have my own ideas about what constitutes “literature.”

Yes, of course, the classics, but within reason. I’m of the opinion that just because students have been forced to read a book for generations doesn’t mean it is a book that must continue to be read. I’m not going to list any books or authors as examples because that’s a sure way to start a fight, although I will say I’ve never finished Moby Dick because I just didn’t like it.

My theory is this—and based mostly on anecdotal evidence and my own attitudes and perceptions—if students like a book, they may be inclined to read another one. If students hate a book, they will decide reading is stupid and not worth their time and may never read another book except under duress.

An aside, or digression, though I hope you see its purpose. Two years ago I was teaching AP Language and Composition for the first time. I was told that students should be expected to read books. The list of recommended books for the class included some tried and true, and I understood and understand why. 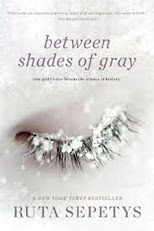 However, there are so many great books and it seemed to me the purpose of having AP students read books is to develop and expand their critical thinking skills as well as expose them to different styles of writing. Yes, we read Fahrenheit 451  because it’s a good book and remains relevant. . .and the story of its writing is nearly as fascinating as the book.

But we also read Between Shades of Gray by Ruth Sepetys (y/) which is a story of Stalin’s holocaust. The story is situated in 1941. The protagonist is 15-year-old Lithuanian Lina Vilkas, She, her mother, and younger brother are arrested by Stalin's Soviet secret police and deported to Siberia. Lina fights for her life and vows that if she survives, she will honor her family and the thousands like her, by telling her story. Lina's writings and drawings chronicle her experiences--the depravations and the cruelties as well as the unexpected help from unexpected people.

Not only did my students learn about what Stalin did to the Lithuanians, among others, but they learned more about parts of the global map people rarely examine. 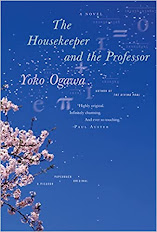 All of my AP students that year were taking AP US History, aka APUSH, and a number of them had taken or were taking AP World History so Sepetyps's novel was interesting to them. In addition to being very interested in history, a lot of them love and are good at math. So we read The Professor and the Housekeeper by Yoko Ogawa. Amazon describes the book this way:

He is a brilliant math Professor with a peculiar problem―ever since a traumatic head injury, he has lived with only eighty minutes of short-term memory.

She is an astute young Housekeeper―with a ten-year-old son―who is hired to care for the Professor. And every morning, as the Professor and the Housekeeper are introduced to each other anew, a strange and beautiful relationship blossoms between them. Though he cannot hold memories for long (his brain is like a tape that begins to erase itself every eighty minutes), the Professor's mind is still alive with elegant equations from the past. And the numbers, in all of their articulate order, reveal a sheltering and poetic world to both the Housekeeper and her young son. The Professor is capable of discovering connections between the simplest of quantities―like the Housekeeper's shoe size―and the universe at large, drawing their lives ever closer and more profoundly together, even as his memory slips away.

I loved this book when I read it and thought my students might enjoy it. Which they did. Lots of conversation about both books. Does that mean they’ll be willing to read more novels? No, but they may be less resistant and that’s a win as far as I’m concerned.

Back to Literature and Spirituality. In my mind, literature isn’t limited to the so-called classics although, for this class, it will make sense to read Saint Augustine’s Confessions and Bunyan’s The Pilgrim’s Progress. If we are looking at ways that writers have expressed and wrestled with what it means to be spiritual, those are great books. I'll need to re-read those.

My predecessors also included a couple of Hindu texts. Yes, I saw the raised eyebrows because, after all, this is a Christian university so what the heck, right? Well, Hinduism is the oldest living religion. I did not know that so that was delightful new learning for me. And Hinduism predated Greek mythology. Still processing that because, like many others, it’s easy to fall in a linear time progression of the world.

However, the university is a Christian one and so it stands to reason I might be inviting my students to consider the broader implications of that word “spirituality.” After all, although the university is Christian, I do not know what each of my students believes or if they are Christians and, if so, what their religious affiliation and practices might be.

I could give you the list of articles and the books I’ve read and am reading about spirituality. There is a lot to process there so that will be my next blog post along with the reference list.

I will say that I’ve read some things about spirituality, jotted down a working definition for myself, and then started to read some texts. Some of my friends have responded to my question about how they understand "spirituality," and I refer to those as I go. I’ll keep adjusting that definition, but more in the next post because this one is already quite long. Thanks for staying with me so far.