Literature and Spirituality: Some of the First Texts

As I've mentioned before, one of my predecessors who taught this course had mostly older texts and I see value in some of those. So we will begin with a couple of the Vedic texts, about which I knew nothing a couple of months ago.

The Vedas, as they are known, are ancient Hindu texts (c. 1500 BCE - c. 500 BCE). In class, we'll spend a bit of time becoming familiar with the history of these texts before reading two samples, one from the Rig Veda and an excerpt from the Bhagavad Gita, which is Sanskrit for "Song of God." It is an epic poem that made me think of Milton's Paradise Lost, only because of its scope and scale.

You may ask why Hindu texts at a Christian college. Good question. Well, I've learned that Hindu is the oldest known living religion and the timeline has become important to me.

Why is Hinudism (c. 2300-1500 BCE) the oldest known living religion? Why was it one of the first? I'm not an expert so my answer is sheer speculation but I suspect it has to do with location. We think about all that we've learned from archaelogists about civilizations and cultures and those early civilizations for which archaelogists and historians have found and recorded information is situated in what was known as the Indus Valley and the Far East. Six of the oldest known religions originated in India, modern Pakistan, modern Nepal, China, and Japan.

If we're able to step back to do any sort of comparative analysis on different religions, we can see that gods were created to explain the mysteries of the universe. Why rain? Why drought? How does humanity appease the gods so the crops grow? so game is plentiful? so children are healthy? so a tribe or community or people can defend itself from its enemies?

And most religions seem to have something that is the basis for the faith, the means by which believers and adherents can understand and try to perfect, if you will, a relationship with that god or those gods.

One of the key criteria for being a Hindu today is accepting the Vedic and Upanishad texts as the basis of the faith — similar to how Christianity is inseparable from the bible.

What is clear is that most organized religions have some sort of text(s). How those texts are used might depend on the religious leaders and the adherents of the religion themselves.
So we will begin with some context of the Vedic texts and then read two Hindu texts that I think students will find interesting, and I mean that in the "Huh. How about that?" way of interesting. The first texts we'll read are Hymn CXXI (121) from the Rig Veda and Chapter 1 from The Bhagavad Gita. Again, some of what I've read of The Bhagavad Gita reminds me of John Milton's Paradise Lost. I could not find any clear evidence that Milton was influenced by the text or that he had ever read it. but the sweep of both epic texts is profound and thought-provoking.
From Hinduism we'll proceed to Greek myths. It took me some time to wrap my head around this timeline. What we seem to know is that the ancient Greek civilization emerged around 1200 BCE, and what we might think of as the Classical Age probably began around 500 BCE.
There were significant events that informed what we know as a timeline for Greek mythology Herodutus's version of the events of the Trojan War (c. 1250 BCE) and  Homer's Iliad and Odyssey (c. 750 BCE). It is in this time frame of the 8th century BCE that we see the emergence of Zeus and his fellow gods, though new evidence emerged in 2009 that suggests reference to and worship of what we know as the Greek gods as early as the 14th and 13th centuries BCE. If that's true, the overlap between Hinduism and Greek mythology is a bit closer. 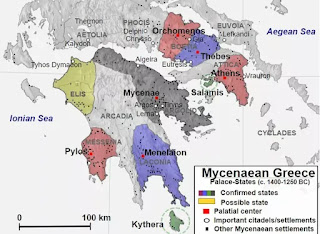 This is when it's important to understand both history and geography, the existence and reach of ancient empires, the travels and conquests of Alexander the Great who contributed to if not caused the fall of the Persian Empire.
When we see the lands Alexander the Great traveled (see the map below), the civilizations he touched and the civilizations that influenced him, we might begin to have a sense of the import of those ancient cross-cultural and cross-religious influences. 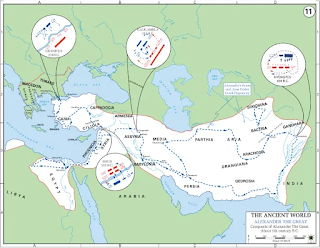 Alexander the Great is known for spreading his own culture, of course, but he is also known for adopting some local cultural practices. Because he understood the need for stability in any region and because he did not have the military force to try to sustain and maintain order, he took other approaches that allowed for economic and developmental growth in the hybrid civilizations he left behind.
With the Greeks in mind, we will spend some time with Pandora and Noah. I know that seems like an odd mix, but I found some fascinating information in my research.
I love the myth of Pandora. It is one with which many of us are familiar as an explanation of how evil entered the world but that the last remaining shining thing in the bottom of the box was Hope. At least that's how many of us learned the myth. There is more to the story than that, of course, and it is filled with intrigue. I'll give you a somewhat abbreviated version.
Pandora, which means "all endowed," was the first mortal woman. Zeus was angry at Prometheus for stealing fire from the gods and giving it to humans, and Zeus wanted Pandora to have "numerous and beguiling gifts" that would plague humanity. Pandora was then molded by Hephaestus, the Greek god of blacksmiths (and other craftsmen) and fire although Athena, Aphrodite, and others got involved. Think fairy godmothers bestowing gifts on she who became Sleeping Beauty.  because Zeus wanted to punish Prometheus for stealing fire from the gods to give to human. One of the gifts the gods and goddesses gave to Pandora was a jar--not a box--filled with all of the evils and diseases of the world. And then Pandora was given in marriage to Epimetheus, brother of, yep, you guessed it, Prometheus.
This is where it gets really interesting and the Noah connection occurs. It seems that Pandora and Epimetheus had a daughter they named Pyrrha who was given to Prometheus' son, Deucalion, who was mortal. It seems that Deucalion and Pyrrha were the only two mortals who survived the Great Flood sent by Zeus. And then, "Pyrrha and Deucalion repopulated the earth by fashioning men and women out of stones."
We will then read about these myths and these people including an article about Noah and Deucalion as well as a summary version of Ovid's Metamorphoses.
As we get closer, I'll craft some questions for us to be thinking about although I already have some floating around in my head. I hope my students will have some thoughtful questions of their own.
In Paradise Lost, Milton notes his goal is to "justify the ways of God to men" (PL I.25-26). It's a big reach to try to reconcile some of the paradoxes with which humanity has wrestled since the beginning of Christianity, perhaps the beginning of most religions. How do we begin to try to understand human suffering and God's goodness? Maybe that's why Hope was part of Pandora's jar and not just all of the evils and illnesses of the world. How do Christians begin to understand the paradox of free will and divine foreknowledge? This is something over and through which denominations have battled and argued for centuries. 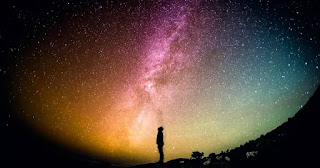 I think these questions are part of the fundamentals of spirituality. We want answers to the big "why" and "how" questions. Too often we want to package God rather than acknowledge, from a Christian perspective, that God's ways are not our ways. That God's ways are higher than ours, and maybe only higher because we struggle to comprehend an infinite being, or even to articulate a view of what it might mean that God is infinite. Check out Isaiah 55 and 1 John 3.