Thinking about "nasty" women with ambition: We have to change the narrative

Kamala Harris has been selected by Joe Biden to be his VP on the Democratic presidential ticket. Almost immediately Donald Trump said she is nasty, among other things. That seems to be his go-to insult. Guy needs to work on his vocabulary.

Pundits and others are jostling to be the first to get our eyes and ears to try to influence our minds. Though I'm a moderate Republican, I'll be voting for Biden-Harris. And even more so now that I know a bit more about her background.

For several days now I've been thinking about strong women who break stereotypical molds, who spent much of their early years trying to appease the patriarchy and others because it wasn't just men who were trying to keep them from spreading their wings. I've been thinking about women who have tied themselves in all kinds of knots trying to please all of their critics until they figured out they needed to be who they are, the way they are, and critics be damned.

Over the past few months I've read Michele Obama's Becoming, Melinda Gates's The Moment of Life: How Empowering Women Changes the World, and Alicia Keys's More Myself. What strikes me about each of these women is how they keep sight of where they came from and how they lived, grew, loved, lost, and learned, recognizing that all of that informs who they are and who they are still becoming because growth and learning don't stop, or shouldn't.

I'm currently reading, nearly simultaneously but not quite, Shauna Niequist's Present Over Perfect and Brené Brown's The Gift of Imperfection (I'm late to the BB club and following the recommendations posted on her web site). The titles themselves speak to what challenges women.

What keeps ricocheting in my brain is that women repeatedly, and in spite of everything we know about each other and ourselves, put ourselves in a corner. That's probably one of the reasons some of us still love that classic line from Dirty Dancing: "Nobody puts Baby in a corner." Or no one gets to deny someone else the opportunity to shine. And yet we do. To ourselves.

When people compliment us or want to celebrate us, we wave it off. We murmur something it being nothing, about it being a team effort, about whatever other nonsense comes to mind because we have been taught that humility, even false humility, is the way to play the game.

As a Christian, I wrestle with this a lot. When I start to feel confident, I often choose to check myself to make sure I'm not bordering on over-confidence. There is a subtle difference for each of us and I think women feel this more profoundly than men. I don't know that most men feel confidence is ever an issue even though I think it's a very small step between confident and prideful behavior, and that isn't attractive in anyone.

Well, I don't want to get into theology here and for a lot of reasons, so I will refer to this 2016 article in Success about the attributes of healthy humility. I think the key word is "healthy." The 6 attributes are:

This is what I think unnerves a lot of people. Most women seem to be more capable of navigating this humility obstacle course most of the time.
And when we don't, the critics pounce. It's as though they have been waiting for whatever misstep we make so they can accuse us of not being who and what we say we are or hope to be.
Here's another thing about women: we are often less afraid to admit when we are wrong, to show what and how we are learning, to acknowledge when we fall short and to talk about how we might improve. Somehow much of that is a sign of weakness.
That is a narrative we have to change because asking for help, acknowledging we need support, demonstrating we have capacity to learn and grow are actually signs of strength. On the other hand, we also have to remedy that so many of us struggle far too often and far too much with imposter syndrome.
And we are not alone. Women we think of as successful and who have "made it" struggle with the same sensibility because they are women whose lives have been informed by what they have experienced growing up and into womanhood, and how they have navigated the very treacherous waters of adulthood and success.
Some years ago I was working in a school district and a teacher I admired very much told me I should write a book about the things I was talking about with her and her colleagues. I told her I really didn't know very much and, after all, who would listen to me? I've never been a certified teacher though I have taught at the college level and I've worked with K-12 teachers for over 15 years now. Even so, I often feel as though I'm an imposter in the world of education. As I recall, that particular teacher threatened to smack me upside of the head in that gentle threatening way Southerners have. I've not forgotten that moment. I'm always a little shocked and more than a little pleased when veteran classroom teachers and administrators speak highly of what I know and what I know how to do. Even with all of that, I often feel like I'm not a "real" teacher though education is a deep and abiding passion for me.
For each of us, "success" looks and feels different. How we gauge the level of our ambition, the depth of our desire to achieve certain goals is very different.
This is what we do know: if we show that we want something that seems to be more than we deserve or that others have deemed above or beyond our abilities or capabilities, that word "ambitious" becomes pejorative.
Eons ago I was working as an administrative assistant for a small software company. The man I was working for had become the president of the company through what seemed to be machinations; something felt off but I didn't pay much attention to the office politics. In the grand transitions, I had discovered something about the work the programmers were doing and I was fascinated. Some of the guys gave me little projects I could work on in my spare time--and I did actually have some. I decided I wanted to learn more so signed up for a couple of programming classes at a local community college. I figured this was well beyond me because I was an English major who had opted not to go to law school and was just kind of trying to figure out what was next. So this admin assistant gig was fine. But I really enjoyed it and grew more fascinated. So much so that I thought I wanted to try my hand at programming on a more full-time basis.
I asked the president of the company something about being an entry-level programmer or maybe doing something that would help me learn more about the work. He got so angry with me and told me I could never be anything more than an administrative assistant and if I didn't want to do that job, I could clean out my desk.
I was in my early 20s, only a year or so out of college. I didn't process all that he said for a while; in fact, it was some years later that I really parsed between the lines although, in his defense. . .  Nope, I'm not going to do that because there is no defense--and that sort of capitulation is part of the imposter syndrome/"I'm not good enough" problem. Anyway, I was so shocked and hurt and insulted, I cleaned out my desk. He was equally shocked that I opted to leave. That was completely beyond his comprehension. My "ambition" was clearly an issue for him.
I have more stories, of course. We all have stories. So many of us are "nasty" women with varying degrees of ambition who have found success, have lost our way, have regained our dignity, have fallen flat on our faces again, and have continued to muddle through. Many of us are successful and have been successful even though we consistently worry our success is a house of cards and likely to collapse around us at any moment.
So I'd like to invite you to tell your story. Tell me your story. I'm creating a blog for our stories: WOMEN RISE, though I'm open to suggestions if that doesn't resonate.
If you'd like to tell your story, let me know by completing this Google form.
In the mean time, remember that you are enough. It is okay if you are ambitious; it is fine if you are not. It is okay if you show your strengths; it is fine if you choose when and how and to whom you show what you can do. And let me leave you with these two quotes: 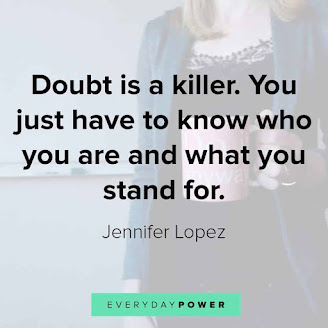 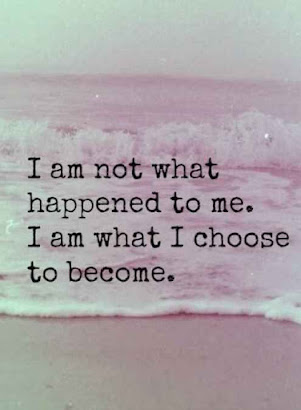